This Blog's true destiny has been discovered

Yeah. I realized that all along it wasn't a kawaii blog I wanted to run, but a vintage 80's/90's nostalgia blog. So I will maybe be abandoning this one, because literally everything I wanted to write about it was some sort of 80's or 90's thing! So I'm pretty much up and moving this blog to Chica Cherry Cola, a nostalgia blog.

This way I have the freeodom to write about whatever I would like without feeling confined to only blogging about the kawaii.

I guess I was never kawaii after all? But that's OK, because I'm pretty awesome anyways.
Posted by caro-chan at 4:32 PM No comments:

Email ThisBlogThis!Share to TwitterShare to FacebookShare to Pinterest
Labels: blogging 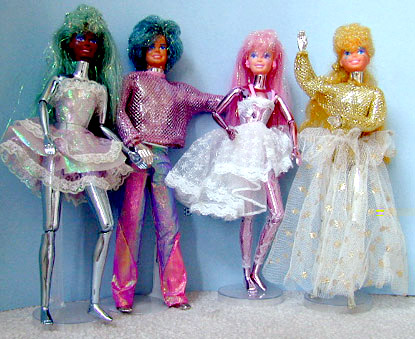 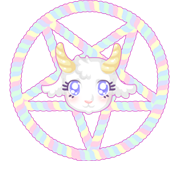 Hello and welcome to my first post! Will there be more, and if so, for how long? Who knows! Probably until I get bored with this. I just sometimes feel so compelled to start a blog, just to abandon it later. Sure, I could start a Tumblr, but eh, I never pay much attention to individual Tumblrs, so I assume no one else does. I also don't want to just slip into the habit of having yet another reblog Tumblr.

So, instead, I started this blog, lovingly called Hail Kawaii, to just sort of fritter around on and talk about cute things, because every random cute thing I obsess over doesn't exactly fit on my Lolita blog. I also felt the need to make a completely pastel and ridiculously kawaii layout.

What exactly does Hail Kawaii mean? Nothing really, honestly. I drew that goofy little cute Satan goat a while ago and just have really liked the phrase I decided needed to go with it.
Posted by caro-chan at 8:40 PM No comments: